On Christmas Eve I received an absolutely perfect gift. It was so unexpected and so perfect. We had Christmas drinks with friends. These friends live in the general direction that my parents live in and since we were heading down there we made arrangements to head to our friends' place first. It was lovely. It made us realise we should try to catch up with our friends more often... life, you know... It gets busy.
So we're sipping champagne and suddenly T says she has something for me. As she brings it toward me I instantly know what it is. It's a Claire cowl. A what? I don't expect everybody to know what I mean by that so let me go grab a Sony pic from Outlander to show you what it is.

(photo source Starz)
See that neck scarf? That's what in Outlander fandom is now known as a Claire cowl...and I have one! My gorgeous friend T made me one. My eyes started to well up when I saw it. I was madly blinking away trying to stop myself getting emotional over a scarf, but it was just so perfect, and the tears flowed. T is the friend I referred to in this post (link) who introduced me to Outlander (aka Cross Stitch) but when we were chatting on Christmas Eve she said she thought I introduced her! I'm still pretty confident it was the other way around but both of us associate the other with our early introduction to the series. What a gift. Seriously it felt just perfect! 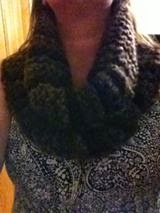 Later that night my husband was very mysterious as he hid in my parents' laundry wrapping gifts, and writing cards. On Christmas morning I discovered what he'd been wrapping. It was a vintage milk can. He'd researched all the history of their use and thought it would look great in our kitchen (and it will). The poignant part of the gift, and his note however was the circumstances of him buying it. On Monday I had to drop him at the auto electrician to pick up his car. Our 11 year old daughter was with me and after we dropped him off we decided to stop at this quirky little store that I'd driven past dozens of times but never been in. I didn't even know what sort of shop it was. It turned out it stocked a bunch of secondhand stuff, some antiques, but lots of stuff that you find in a regular op shop. Miss11 found a few pig things (pigs being her latest obsession) but we left without making a purchase.

Little did I know, but my husband had noticed my car and decided to see what we were looking at. He parked around the corner and walked into the store to find out what we had found, but as he came around the corner, we drove off. He decided to go in anyway and he asked the shop assistant what we had been looking at...realising he sounded a little stalkerish he explained that he was my husband and he was looking for a Christmas gift for me. She mentioned the pigs! lol! But she wasn't sure what else I'd been looking at. He had a bit of a look, found the milk can and decided to buy that! The antique milk can is lovely, but the story behind it means so much more to me....and the two page letter he wrote to accompany it with the detailed history of it and the means by which he tried to find a gift I might like.

The other REALLY awesome gift we received this year...which unfortunately I knew about and spoiled my daughter's surprise, was a Soda Stream. You know, one of those machines that carbonates water, and then you add syrup and hey presto you have home made fizzy drinks. The reason this was one of my favourite gifts was because my 15 year old daughter bought it for the rest of our family (her brother, sister and parents) using money from her first ever pay from her first ever part time job. My heart swelled with pride when I saw that she had bought it and her intention to gift it to the family. Sure, she'll get benefit from it too, but it was such an awesome thing for her to do. We've been so proud of her working at her part time job, earning and saving, and then making such a lovely gesture with some of her new found wealth. 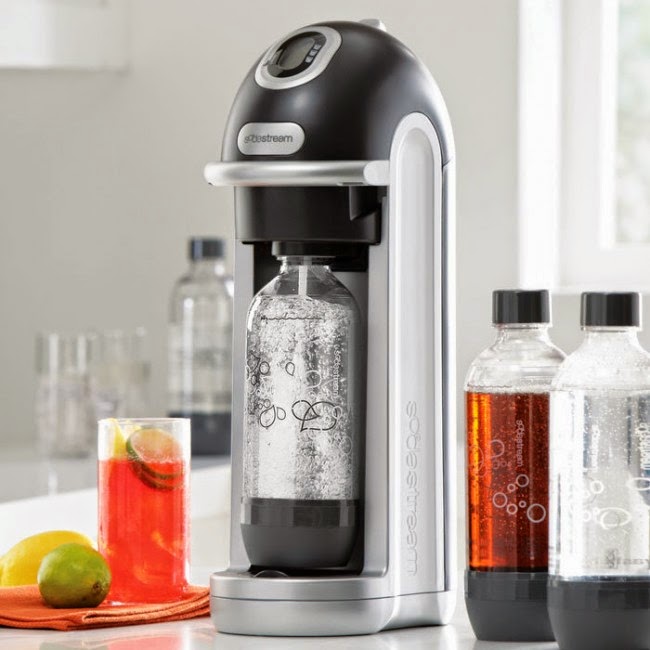 And finally, one more gift that I just loved this year was the book 'Love your Sister' by Connie and Samuel Johnson. I was keen to get a copy anyway, but I love that my own sister bought it for me. I look forward to getting stuck into it.

It's been a lovely Christmas and these few gifts were some of my highlights. Overall, I am overjoyed to be thought of by my family and friends, and to spend some quality time with them. Did you receive something extra special?